Why in the World VOTE for Steve Bullock for Governor when Steve Bullock has protected corruption in Montana as our Attorney General and Steve Bullock protects the University of Montana to violate constitutional rights and allow Law Students, to seemingly violate the law.


I Say No to Steve Bullock for Governor?

I got the strangest letter in the mail today from your prosecution services.  Mr. Olson agreed with me that your office has a conflict of interest, and asks me to find an attorney.  I think I found you.  You were the guy shaking hands with George Corn.  You were the guy on the phone threatening my house, and my job a FEMA. You're hired.

You carried out your threat with Angela Wetzsteon's unauthorized student practice.

Your office needs to assign a prosecutor for the crime of prosecuting law without a license.
Or should we tell all of the law students in Missoula that they are wasting their money at law school?

Did you waste you money at law school?

Does covering up felony crimes work for Montana to make it any better than it is?

A call was made by your prosecution offices to the perpetrator to ask what their side of the story is.  Nobody did that as I asked a librarian for help with sitting peacefully on public property.  Don't we get federal monies in Montana?  What are they for, to terrorize people?

You forgot all of the medical marijuana voters hitting the polls--Your governor plans are up in smoke.

Below is a Quote, a Post, from this Source
http://www.montanaattorneygeneral.com/2012/04/up-in-smoke-steve-bullock-for-governor.html


"On Februrary 9, 2011 Eric Holder the mastermind of destroying state medical marijuana laws spoke in the Montana Theater at the Univesity of Montana Missoula.

Montana residents were ready to listen to Eric Holder, the US Attorney General who told the crowd that day medical marijuana would be respected. Steve Bullock had a chip on his shoulder as he heard Holder speak---because he knew that The US Attorney General was lying about respecting Montana's citizen initiative from 2004 legalizing medical marijuana.
What Steve Bullock didn't know is that his bid for Governor in 2012 went up in smoke by going along with the federal power grab over our laws and rights in Montana.

As a state is politically more favorable to independent/Libertarian mindset: read RALPH NADER﻿ & RON PAUL, and the Democrats outright attacked Independents more than medical marijuana. Steve Bullock does not have a chance with Montana voters as he seeks election for Governor.
As the state voters will overturn the Montana Legislature in 2011, 2012 will be a strong year for the large voting block FOR medical marijuana in the United States.  Montana is no different.

As Steve Bullock knew of the raids in the spring of 2011 he did not count on the tide of voters who are upset with Steve Bullock not upholding Montana law.  Steve Bullock saw the power in going along, instead of his sworn duty to uphold the law, no matter what the law said.
This is why Steve Bullock's desire for Governor will not be fulfilled in 2012.   This blog network called Steve Bullock's Kettle Black (and Green) as he investigated Greg Mortenson from Bozeman MT as Bullock's own fraud is ten times the fraud of CAI's mismanagement under Mortenson.
read more: http://www.montanapoliticalnews.com/2012/04/pot-and-kettle.html 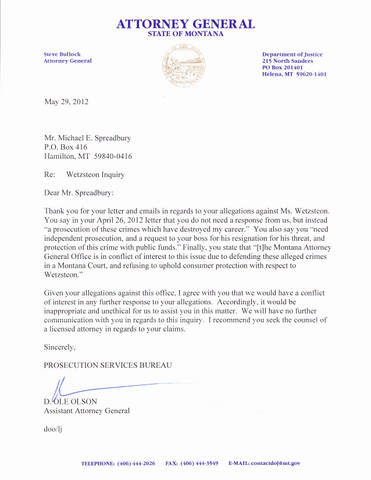 Here is a national Democratic operative begging the Obama campaign in an open letter TO NOT MESS with the medical marijuana laws in the United States, saying it will bring out voters against Barack Obama in 2012.  Bullock's stance in Montana will not convert for Governor either.
http://stopthedrugwar.org/speakeasy/2011/oct/15/open_letter_president_obama_medi
As Democrats, and Steve Bullock in Montana take the hatchet to the Citizen Initiatives they do so to their own political peril.  The Republicans are also not so aware of the power of the medical marijuana voting block in Montana and in the USA.  Here is a snippet of Mitt Romney telling a patient  that he does not support medical marijuana.  Ron Paul just might win that floor fight in Tampa at the GOP convention.
As a Nader operative in 2004 and issuing press releases with the campaign in 2004 to get medical marijuana passed in the State of Montana, the Democrats and Steve Bullock currently running for Governor have been left on the dock and the election boat has sailed.
To criminalize marijuana after the people have accepted it as a medical savior for several painful conditions is political suicide.  Steve Bullock, by not upholding our Montana law [he also did not respect election law, or unlawful practice, or other Montana victims: the elderly] he has committed political suicide in Montana and has no chance for Governor of Montana in 2012. 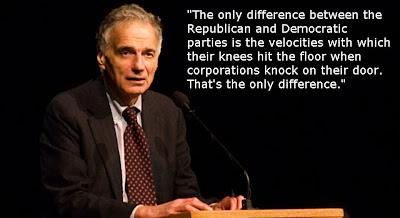 google image
I will end this post on what Ralph Nader called Civil Liberties.  This is a press release from Nader's 2008 Presidential Campaign, and can be found by searching www.VoteNader.org.  For those readers who don't believe in Medical Marijuana, freedom to choose, and civil liberties, please read this press release.
War on Drugs: [Ralph Nader 2008]
The Nader campaign calls for the decriminalization of marijuana, the legalization of industrial hemp, and an end to the war on drugs.
Medical marijuana: The criminal prosecution of patients for medical marijuana must end immediately, and marijuana must be treated as a medicine for the seriously ill.

The current cruel, unjust policy perpetuated and enforced by the Bush Administration prevents Americans who suffer from debilitating illnesses from experiencing the relief of medicinal cannabis.

While substantial scientific and anecdotal evidence exists to validate marijuana’s usefulness in treating disease, a deluge of rhetoric from Washington claims that marijuana has no medicinal value.

The Controlled Substances Act of 1970 defines marijuana as a Schedule One narcotic, making it very difficult for American researchers to perform rigorous double-blind scientific studies on marijuana. Even without these difficulties, research has shown marijuana to be a safe and effective medicine for controlling nausea associated with cancer therapy, reducing the eye pressure for patients with glaucoma, and reducing muscle spasms caused by multiple sclerosis, para- and quadriplegia.

Internationally, scientists are undertaking massive studies to determine the healing powers of cannabis. In August 2003 the esteemed British medical journal The Lancet reported that the world’s largest study into the medical effects of cannabis have confirmed that the drug can reduce pain and improve the lives of people with multiple sclerosis. The three-year study was the first proper clinical appraisal of whether cannabis-derived drugs can help treat MS.

Harvard medical doctor Lester Grinspoon has said he would have loved to do a similar study, but has been held back by the law. On his website, www.rxmarijuana.com, and in his book The Forbidden Medicine, Grinspoon documents how marijuana relieves the pain of people enduring more than 110 different medical conditions like AIDS, Crohn’s Disease, glaucoma, cancer, and many more. Marijuana helps increase appetite, reduce blood pressure and intraocular pressure.

Whenever given the chance, the American public has voted to allow seriously ill people to relieve their pain with marijuana. Despite well-funded opposition from the federal government, citizens in nine states have cast ballots to legalize the use of medicinal marijuana. No state has ever rejected such a voter initiative.

Medical marijuana community health centers have opened up in the states, like California, only to be aggressively attacked and closed by federal law enforcement agents.

Physicians must have the right to prescribe this drug to their patients without the fear of the federal government revoking their licenses, and doctor-patient privacy must be protected. The Drug Enforcement Administration should not be practicing medicine.
Industrial hemp: The Nader campaign supports industrial hemp as a renewable resource with many important fuel, fiber, food, paper, energy and other uses. Industrial hemp is a commercial crop grown for its seed and fiber and the products made from them such as oil, seed cake, and hurds (stalk cores).

Industrial hemp is one of the longest and strongest fibers in the plant kingdom, and it has had thousands of uses over the centuries. In need of alternative crops and aware of the growing market for industrial hemp—particularly for bio-composite products such as automobile parts, farmers in the United States are forced to watch from the sidelines while Canadian, French and Chinese farmers grow the crop and American manufacturers import it from them. Federal legislators, meanwhile, continue to ignore the issue of removing it from the DEA list. It is time to allow hemp agriculture, production and manufacturing in the United States.

Clemency for Non-Violent Drug Offenders: In 2004, Ralph Nader wrote President Bush urging that he grant clemency to 30,000 non-violent drug offenders. Nader’s letter highlighted the three decade long failed, and unjust, drug war. His call for clemency highlighted a similar request made by 400 clergy members to President Bill Clinton in 2000.!—end summary—>
Nader’s letter recalled President Bush’s substance abuse problems and noted that if he had been incarcerated for cocaine use he "probably would not have gone on to have the career you have had.”

The letter also highlighted the rapid expansion of the prison system in the United States which now houses more than 2.1 million people – one-quarter of the world’s prison population. Clemency for non-violent drug offenders would save more than $1 billion annually.
"It is urgent that the U.S. reverse the incarceration binge. The U.S.Department of Justice estimates that if incarceration rates remain unchanged an estimated 1 of every 20 Americans and greater than 1 in 4 African Americans can be expected to serve time in prison during their lifetime,” said Nader. "It is time to make the failed war on drugs a central issue in the American political dialogue.

For too long we have let this injustice continue to grow unhindered. Taking action on clemency at the federal level will set an example for the states and begin the process of reversing this failed policy.”