This letter is being written to thank Geoff Mahar, Chief Deputy County Attorney for his great service as prosecutor.  This letter will remain professional, unlike the demonstrated service Mr. Mahar has shown in a public courtroom. 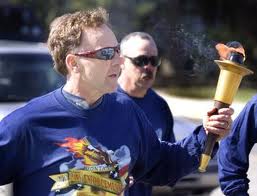 Mahar to pass tortch
Lee Enterprises Photo
I’m wondering if Mr. Mahar knew that the Prosecutor Watch for Ravalli County was #1 in the world; largely due to his ability prosecute in a courtroom.  People in New Zealand, China, Australia, Netherlands, France, Russia, Canada, Brazil, Mexico, England, Germany, and beyond were fascinated by his technique to remove constitutional rights, belittle young adults with his polished ways that were condoned by his former boss, George H. Corn. 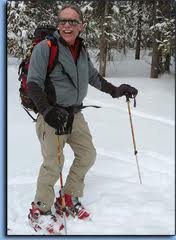 Ravalli Co. Democrats
Who will hold you accountable for your actions Mr. Mahar?    Last time I checked we, the people pay your salary at $75,000 a year here in Ravalli County.  It was you that had information on one of the Ravalli County Detention Center victims who had risk for suicide, yet somehow that information did not make it to the jail, as is told in a newspaper article from the time.  Was that just a professional oversight, and within a reasonable officers purview?   If so keep prosecuting, and revoking those “criminals” trying to make a living for their families here in the Bitterroot, trying to make the payments for child support, which is awfully hard when there are concrete blocks on three of four walls, the floor is made of concrete, and the dimensions of your world are 8’ x 15’ with a roommate displayed on the 6’oclock news as the armed burglar du joir. 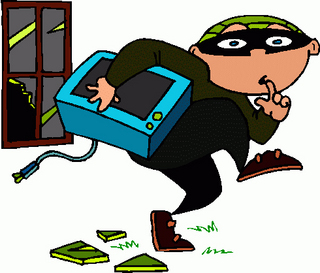 One thing I have learned while watching you Geoff is that you like your tasseled loafers, and you enjoy unloading on people’s rights in front of a judge who gives it up to the state; paying penance for his DUI convictions.  I really liked when you questioned an arrestee who lived 741 feet from a protected person, and the restraining order decreed 1000 feet.  Leaving for work would have been a violation of the court ordered protection.  The best part was the admittance by the Hamilton Police Department of no probable cause for the arrest (I was in the courtroom and heard this firsthand).   This is why we have a new chief law enforcement officer.

Fulbright via Facebook
Geoff, I think the best part is your oath of office to uphold the Montana Constitution for the citizen’s protection; aptly named Individual Dignity.  This inalienable and protected right found in Article II Section 4.  Within that section is equal protection of the laws: something that escaped your work for us here in Ravalli County: if a prosecutor or law enforcement won’t protect rights, who will?
One of the funnier moments was when you declared to the court how the Judge needed to “keep people safe on the road” to a defendant who does not drive, or owned a vehicle.  The plea agreements you hammered out with Corn were so intrusive, that at times the public defenders could only try to uphold their client’s rights.  The scales of justice need to be balanced again, when you gracefully leave the Ravalli County Prosecutors office.
Holding the public accountable is what you are famous for here in Ravalli County.  So when a guy who usually is holding the GOP banner was vouching for Corn, I’m wondering how comfortable you will be knowing that “we all know” who you are, including those 4 Million hits to Prosecutor Watch on Google. 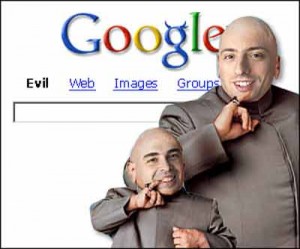 google search image
Geoff, they were watching you in amazement.  What reasonable prosecutor approaches the bench and then asks permission: Geoff Mahar of Ravalli County.  What person prosecutes a person for not registering for the state sexual offender database who was not convicted? Again Geoff Mahar (check the Federal Courthouse for Ray v. Mahar).  Usually overzealous at a job is good, in your case; it did not let Justice bring Prosperity to hard working Americans in Ravalli County Montana.
The Budget of the RCAO went up 507% since Corn was in office, due to homegrown terror: commissioners confessed that they “felt they had guns to their heads” pressuring them to sign Corn’s proposed budget.  Since population growth was only 168% during those 20 years, coupled with the current vacancy rate of homes, the revenues to the county is not there to support your astronomical salary.   We are not willing to support a prosecutor who walks all over defendants; outrageously when innocent, and neglects to presume innocence prior to, or at trial.
I identify your name on a motion to continue a trial on July 30, 2007 that would violate the constitutional rights of the Defendant, and the matter was ultimately dismissed.  You knew, of should have known that a right would be violated, which nullifies qualified immunity as prosecutor in that matter.   This brings liability to Ravalli County, and you as a prosecutor who made an immense professional error. 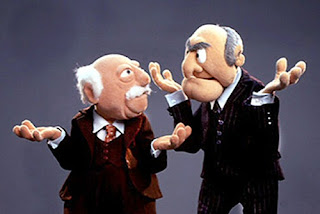 stackoverflow.com
Look what the light of day brings to a court officer whose own word is that he will resign if George Corn does not retain office.  The truth Mr. Mahar is that your immunity is up, you word is no good, your abuse of office well known, and frankly, I don’t think you’ll know how to work for a County Attorney who promises to uphold the United States and Montana Constitutions. Geoff, you are used to making up your own law, in your own courtroom, with no one holding you accountable.  The sun now shines on Geoff Mahar: chummy with George Corn, who was considered invincible, and answered to absolutely no one.
Those days are over Mr. Mahar.  Your resignation respectfully required.
Thank you for all of your hard work over the years, it is time to sign off one last time as Chief Deputy Ravalli County Attorney.
Posted by Michael Spreadbury at 4:27 PM